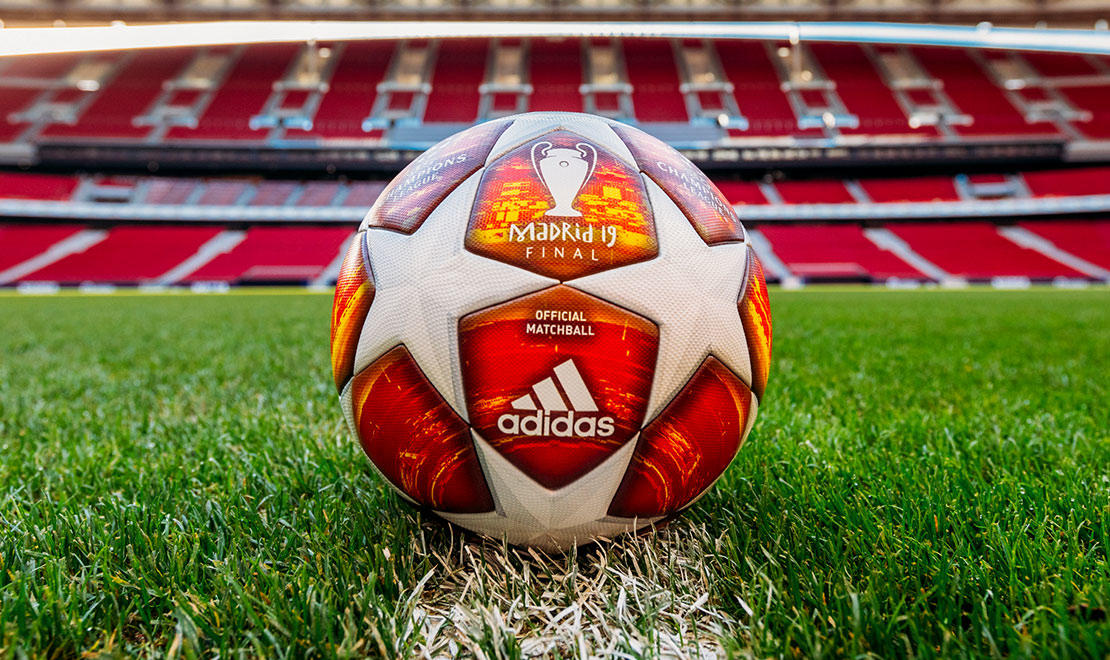 This is the adidas Madrid Finale19, Official Match Ball of the 2019 UEFA Champions League Final.

In a departure from previous years, the coloring of the ball has been inverted, with white stars and an innovative red graphic print that features the stadium that will host the final.

The official match ball of the final is designed to highlight the iconic stars of the UEFA Champions League. The white star panels contrast with a vibrant red graphic print covering the rest of the ball. A three-level digital glitch graphic has been created, giving the ball a bold modern look.

The ball features the latest adidas performance technology to ensure the best players in the world can perform at their best during the UEFA Champions League. An outer texture coating - consistent across all adidas UEFA Champions League Official Match Balls – offers secure grip and complete control while the thermally bonded star panels provide a seamless surface for an improved first touch. 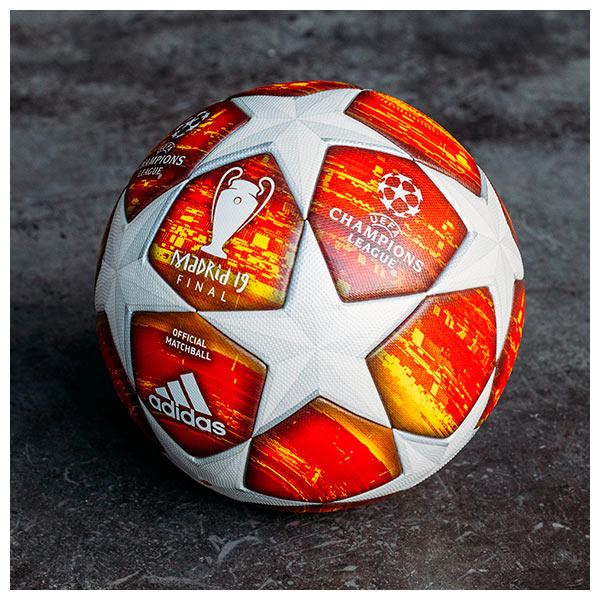