CELEBRATING THE LEGACY OF 1969 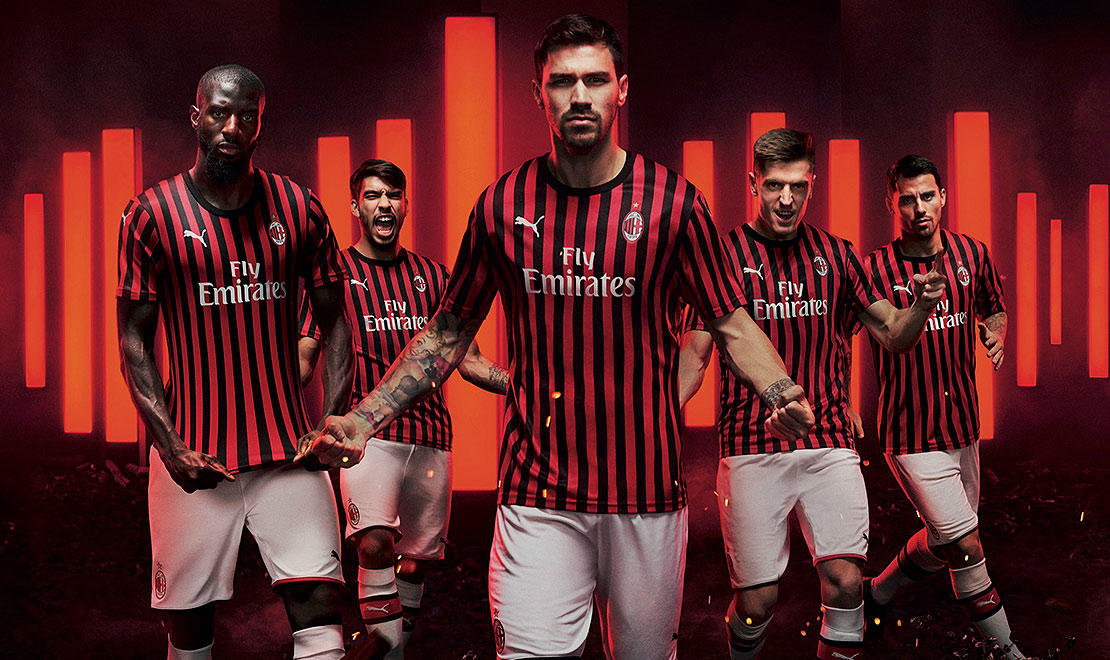 The 2019-20 AC Milan Home kit takes inspiration from one of the club’s most successful years, 1969, to celebrate the Rossoneri’s 120th anniversary, with a bold and elegant design that honors the game-changing style of play the club demonstrated 50 years ago.

In 1969, AC Milan took centre stage in global football by winning their second European Cup in Madrid in May, before being crowned Intercontinental Cup champions in October. In the same year, for his personal performances, club icon Gianni Rivera won the Ballon d'Or award, becoming the first of six Rossoneri winners of the coveted prize.

The design features classic narrow Rossoneri stripes, and a black round collar for a modern interpretation of the classic 1960s AC Milan kit.

The jersey features PUMA’s dryCELL technology, a moisture-controlling technology that is incorporated into the material to draw sweat away from the skin to the surface, ensuring a dry interface on the body even during strenuous exercise. 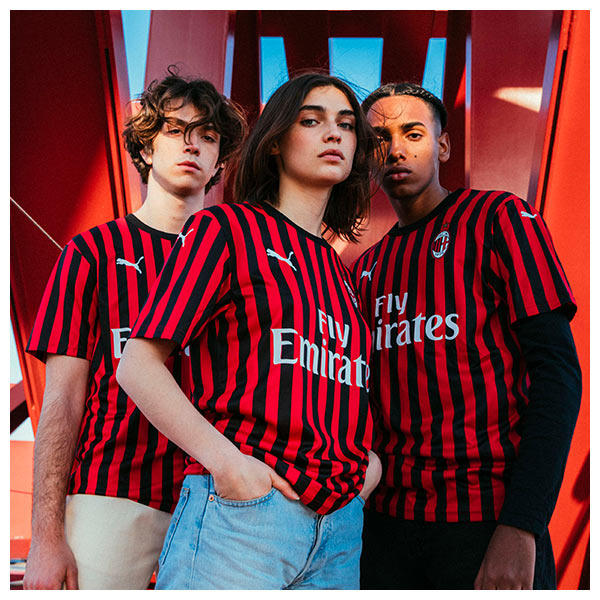 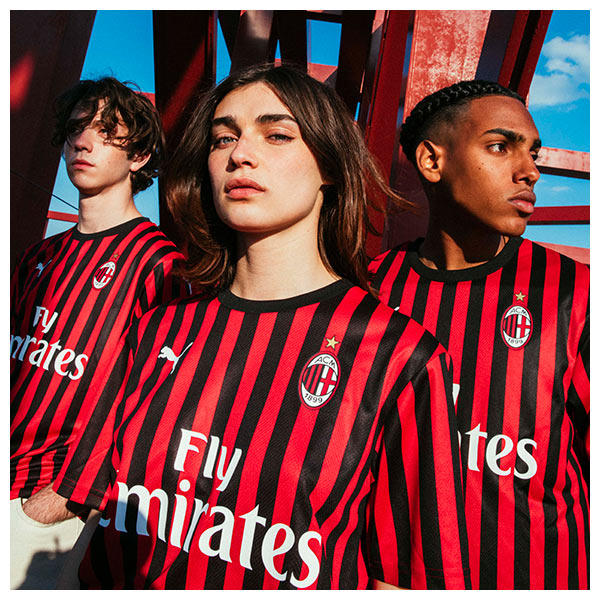