THE FABRIC OF FOOTBALL 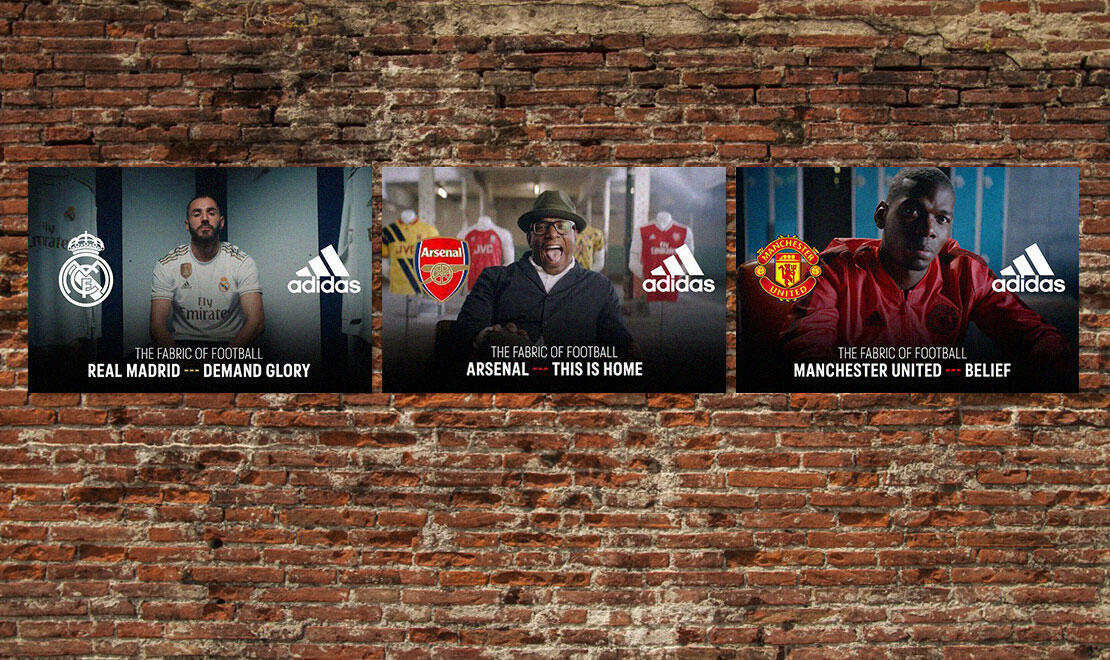 The ‘Fabric of Football’ is a three-part short film series from adidas Football featuring some of the world’s biggest clubs. The series goes behind the scenes with the giants of global football, telling their unique stories and celebrating what makes them who they are. Taking in the players, the legends, the fans, the history and most importantly the shirt, the series looks at how expectation, belief and identity intrinsically run through them.

Club legend and current manager Zinedine Zidane speaks about the expectations of playing for Los Blancos, as well as how he aims to continue the winning legacy at the club. The film also features players such as Benzema, Kroos, Bale, and Marcelo among others, as they deconstruct what it means to pull on that white shirt and play for Madrid.

EPISODE TWO - Arsenal "This Is Home"

Club legend Ian Wright speaks about the the club and its influence on him growing up in London. Mesut Özil, Alex Iwobi, Mattéo Guendouzi, Vivianne Miedema, Pierre-Emerick Aubameyang, Alexandre Lacazette, Leah Williamson, Jordan Nobbs and Per Mertesacker, all reflect on their own journeys with the club so far, linking it to the release of the new home shirt and what it means to wear the famous red and white of the Gunners.

The final film in the Fabric of Football trilogy gets under the skin of the footballing giant Manchester United, to understand what makes up the unique DNA of the club through the voices of those at its heart; academy players, fans, first team players and staff. All of those that feature speak with honesty and passion about what Manchester United means to them, with words from the likes of Ole Gunnar Solskjær, Paul Pogba, Jesse Lingard, Scott McTominay, Lee O'Connor and Nicky Butt painting a picture from breaking into the academy through to pulling on the first team jersey.