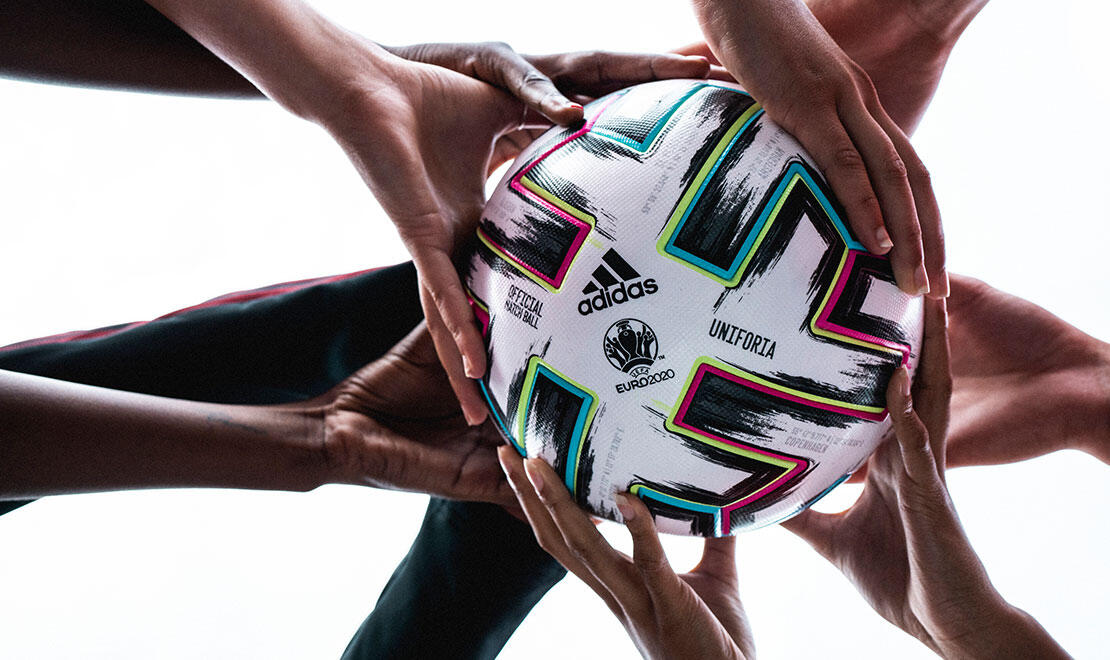 Named in honour of the unity and the euphoria that football can bring, the Uniforia is designed to celebrate the togetherness that next year’s tournament will inspire across the continent as part of its new look for 2020.

Drawing inspiration from the tournament’s revamped format which will see it played out across 12 different European countries for the first time ever, Uniforia’s design commemorates the notion of crossing bridges, blending borders and diversity of fan and athlete through a unique collision of art and football. These elements were the starting point for the design process of the ball which began in 2018.

“When designing an Official Match Ball, we always look to reflect culture; what is the spirit of the street that we can proudly showcase in the stadium. What we saw in our cities – all our key cities – is the need to come together and unite for change. As one of the major sporting events in the world, UEFA EURO2020TM is a great opportunity to proudly showcase the power of unity and to celebrate sport as a connector of people, ideas and creativity.”
- Anika Marie Kennaugh, Product Designer at adidas 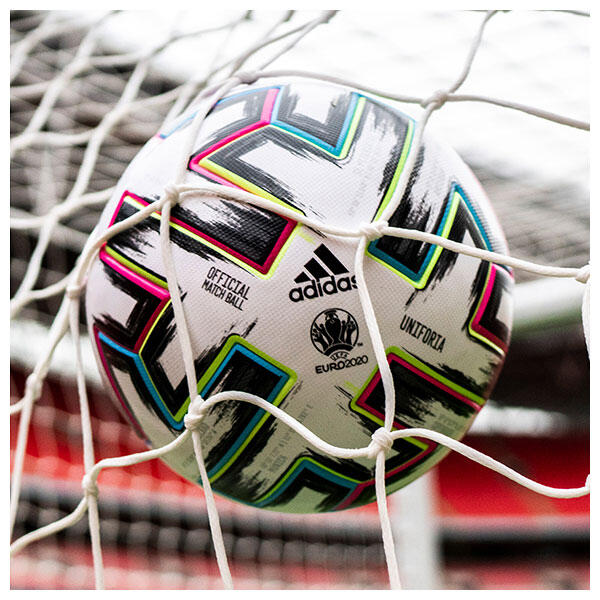 Uniforia’s design features bold, black brush-stroke style lines running across the ball, symbolising the blurring of boundaries and crossing of borders as reflective of the competition’s new transcontinental format. These broad strokes are interjected with flashes of bright, light colours throughout, as a celebration of the tournament’s diversity and bringing together of different cultures.

As a celebration of unity to mark the 60th anniversary of the competition, UEFA EURO2020™ will be held across 12 countries in the most diverse tournament yet. Enabling the tournament to be closer to fans, the games will take place in the 12 host cities of London, Glasgow, Dublin, Bilbao, Amsterdam, Copenhagen, St. Petersburg, Munich, Budapest, Rome, Bucharest and Baku – the GPS coordinates of each stadium feature within intricate designs on Uniforia, commemorating this unique and historic format.

The bold designs feature on a ball that offers the same high-performance structure and panels as recent FIFA World Cup models, but with a unique ‘Hi-White’ material – allowing for better visibility on the pitch for players.

“In this ground-breaking tournament, adidas will celebrate football – and sport – as a connector of the world. Football is for everyone, regardless of who you are, where you come from or what surface you play on – it unites us all in play. With Uniforia, while it is just a symbol, it is a symbol we all can – and should – unite behind.”
– Florian Alt, VP Brand Marketing at adidas